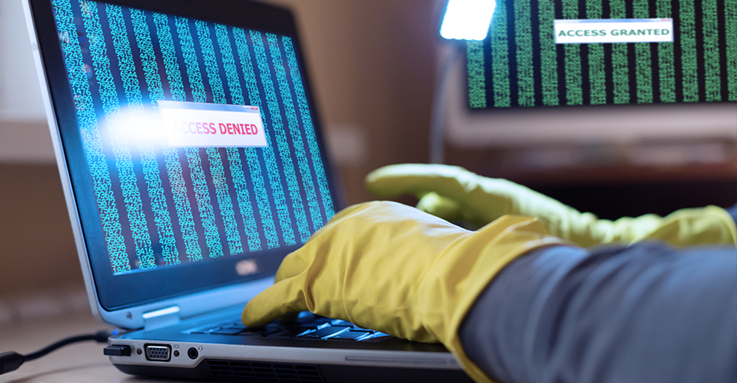 The sad reality with technology is that with new functionalities, come fresh new threats. New breeds of cyber threats and ransomware have emerged in the past couple of years in hopes of inflicting harmful actions on your network’s security and protection. While ransomware is still a focal point in cybersecurity, a 2018 report released by Check Point revealed that cybercriminals are moving in a different direction

quick targets, remote access trojan (RAT), has entered the Global Threat Indexes Top 10 list for the first time. Although this type of malware has been around for almost two decades now, a lot of modern businesses are still unprepared to face such a powerful security threat. In this guide, We have defined what RAT Trojan is. We have also analyzed the business risks it can give to your business.

Remote access trojan or RAT is a type of malware that provides attackers with the ability to control a computer or a device via an established remote connection. One of the goals of this malware is to steal information and spy on your system or network. Typically, RAT trojan enters your system by disguising it as legitimate software. But once it has entered your network, it’s going to give attackers unwanted access by creating a backdoor in your system.

One of the reasons why remote access trojan is harmful to your business is because it is quite difficult to detect. Once you open a file that contains remote access trojan, it can already invite cybercriminals and attackers to enter your system. From there, they can start stealing information and disrupting your network’s security and protection. The attackers can also use your identity and your internet address to attack and infect other systems and networks.

Remote access trojan has different types and uses. Below are some of the most commonly known RAT programs:

Back Orifice – This Remote Access Trojan originated in the US and has been around for almost 20 years now. This is one of the oldest remote access trojans that has been refined by other cybercriminals to produce new remote access trojans. One of its earliest victims was Windows 98, and it can hide within a specific operating system.

ZeroAccess – This type of RAT Malware Software is used to steal financial and banking information. ZeroAccess can be difficult to identify due to its advanced rootkit. According to Recorded Future,It also has the ability to use domain generation algorithms (DGA) and peer-to-peer connectivity for C2 communications.

Mirage – Mirage is a type of remote access trojan that is widely used by a group of Chinese hackers known as APT15. This remote access trojan was first used in 2012, and although APT15 went silent after a spying campaign was launched in 2015, a new variant of Mirage was detected in 2018. It was found that this new breed of Mirage, known as MirageFox, was used to secretly investigate UK government contractors.

Beast – Just like Back Orifice, this remote access trojan uses the same technology that gets the malware installed secretively on a computer or an operating system. Beast, which was created in 2002, typically attacks Microsoft systems from Windows 95 up to Windows 10.

The good thing about remote access trojan is that you can defend your system and network against it. However, addressing such malware can sometimes, be difficult to accomplish. This is due to the technological complexity most cybercriminals and attackers use in creating such malware threats. Nevertheless, your security approach in addressing this type of RAT Malware should be based on the amount of knowledge your enterprise has regarding RATs.

According to a report released by the International Association of Privacy Professionals, 90% of security issues are due to human error. That’s why businesses need to conduct security awareness training to ensure that all employees are knowledgeable enough about the consequences this malware can give to their respective organizations. Your company should also come up with a defense strategy against remote access trojan. This will ensure that your company is ready to prevent and mitigate the risk of a potential security breach should you ever fall vulnerable to such remote access malware attacks.

Remote access trojan usually occurs whenever a remote network connection is made. Once you limit your employee’s access to your network, you’ll be less likely to be infected by Remote Access Trojan malware. You can also use strong passwords and two-factor authentication to ensure that all access made on your network is authorized and authenticated.

Fighting remote access trojan is something that most businesses should always strive to master. Do not let RATs cause your business a major security breach and data theft. As much as possible, take all the necessary steps that can protect you and your network from this harmful malware. 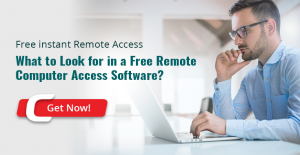 How Remote Mobile Access Can Change the Way Your Business Operates?

Sign up here to get the latest news,
updates and special offers delivered directly to your inbox.